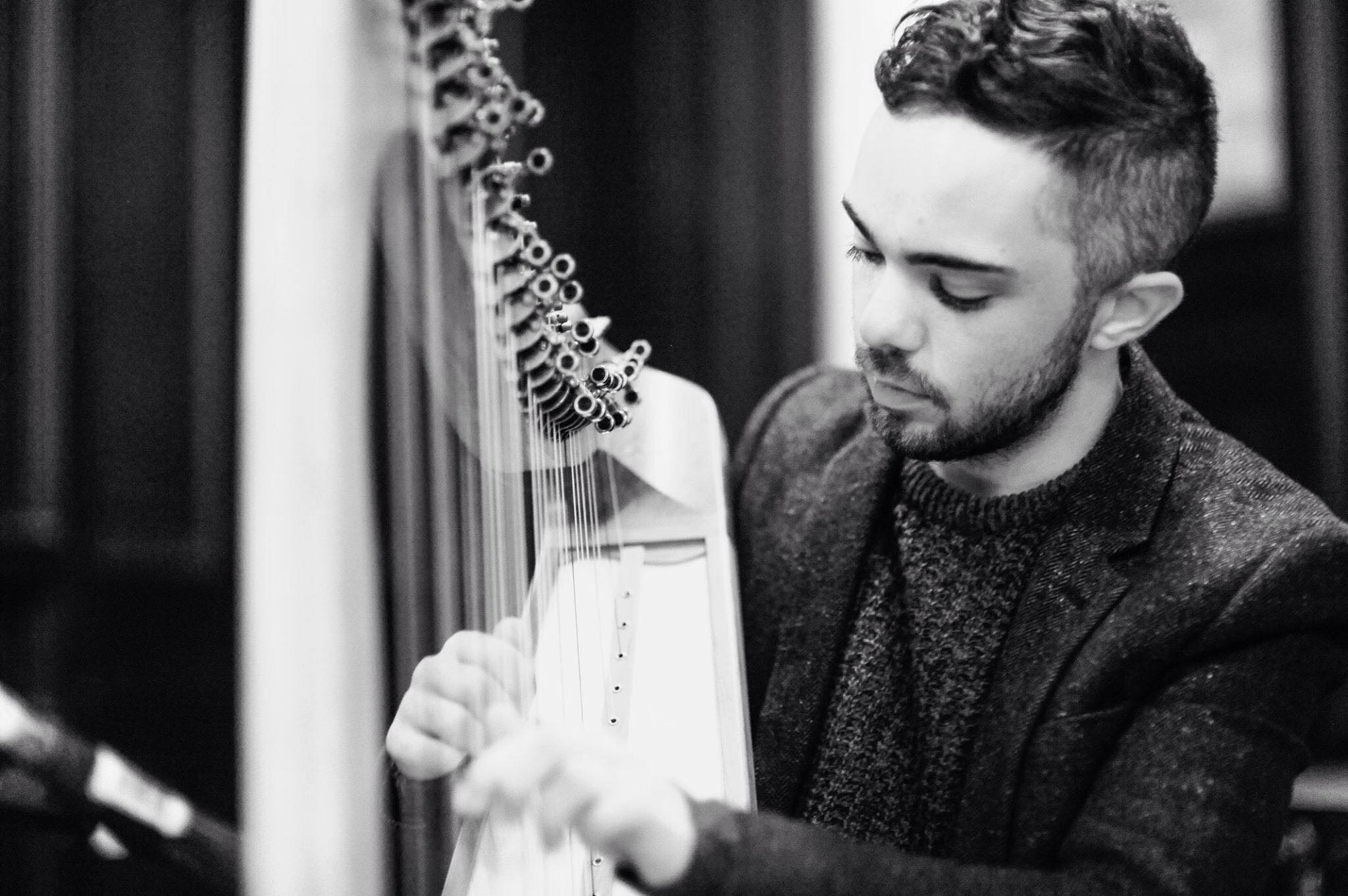 Neil Wood is a Clàrsach (Scottish Traditional Harp) player from Glasgow, currently working and living in the city. Having played from an early age, Neil was taught under internationally renowned Scottish lever-harp player Rachel Hair until he undertook a BMus (Hons) Traditional Music (Scottish Harp) at the Royal Conservatoire of Scotland, graduating in July 2020. During his undergraduate studies at RCS Neil developed an interested in early music and historically informed practice. This resulted in a shift in principal study focus from the conventional finger-pad using technique on a gut strung lever harp to the less commonly used fingernail techniques associated with wire-strung harp playing. Under the guidance of principal tutor Karen Marshalsay, initially through exploration of historical fingernail technique sources for celtic harp such as the Welsh Robert ap Huw manuscript (1613) Neil began to develop his practice through the use of fingernail techniques on both the contemporary gut-strung/levered and ancient wire-strung harps of Scotland. Neil aims to create a uniquely Scottish sound through employing historically informed perforrmace technique within a contemporary Scottish traditional music setting. His MPhil research supports this endeavour, casting the net towards other fingernail harping traditions from around the world and exploring the impact on authenticity that the incorporation of these techniques have on traditional Scottish harp practice.

Neil has a keen interest in promoting and preserving the traditions of the Clàrsach in Scotland. Having been involved with the Fèis movement for many years, having regularly participated in and later taught for Fèisean such as Fèis Bharraigh, Neil is passionate about music and traditional arts education. He teaches regularly having founded the Southside Traditional Music Ensemble, a traditional community music education project and having been Instrumental Music Instructor of Clàrsach at East Renfrewshire Council since 2017. Neil is also vice-convenor of the Glasgow Branch of the Clàrsach society.