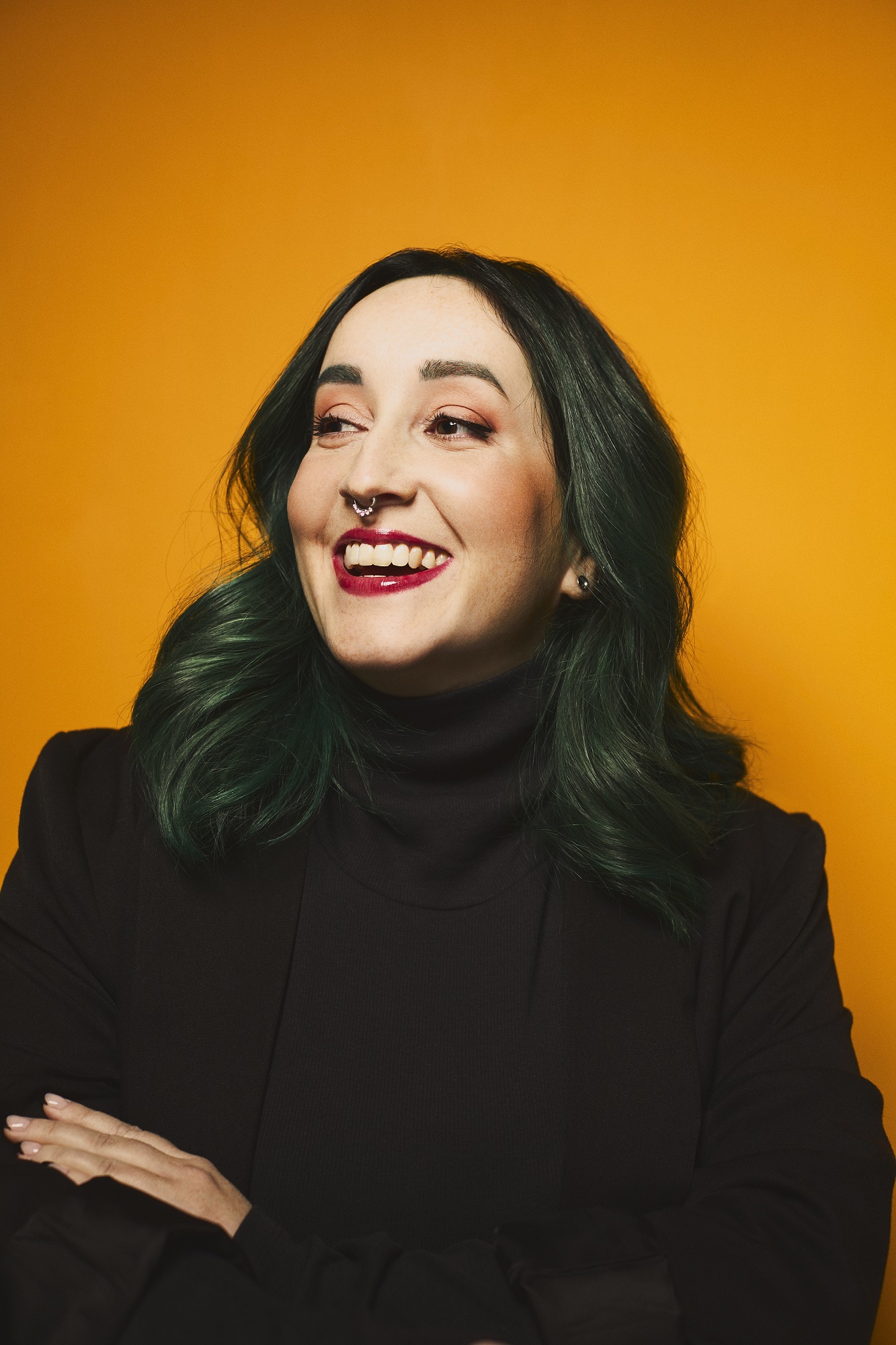 Composer Bekah Simms hails from St. John's, Newfoundland and is currently based in Glasgow after nine years living and working in Toronto. Her varied musical output has been heralded as “cacophonous, jarring, oppressive — and totally engrossing!” (CBC Music), “tough, even gutsy...with a sure sense of original and vibrant colours” (Vancouver Sun), and lauded for its "sheer range of ingenious material, expressive range and sonic complexity" (The Journal of Music.) Propelled equally by fascination and terror toward the universe, her work is often filtered through the personal lens of her anxiety, resulting in nervous, messy, and frequently heavy electroacoustic musical landscapes. Recent interests in just intonation and virtual instruments have resulted in increasingly lush and strange harmonic environments.

Bekah's music has been widely performed across North America and Europe. She has worked with some of the top interpreters of contemporary music internationally, including Crash Ensemble - with whom she is currently an artist-in-residence - Riot Ensemble, Eighth Blackbird, and l’Ensemble Contemporain de Montréal. Bekah has also been the recipient of over 35 awards, competitive selections, nominations, and prizes, including the 2019 Barlow Prize. The resulting work, "metamold," was nominated for the 2022 Gaudeamus Award. Works from her debut album “impurity chains” were nominated in both 2019 and 2020 for the JUNO Award for Classical Composition of the Year. Her music has thrice been included in the Canadian Section's official submission to World Music Days (2016, 2019, & 2021), and in 2016 the CBC included her among their annual 30 hot classical musicians under 30.