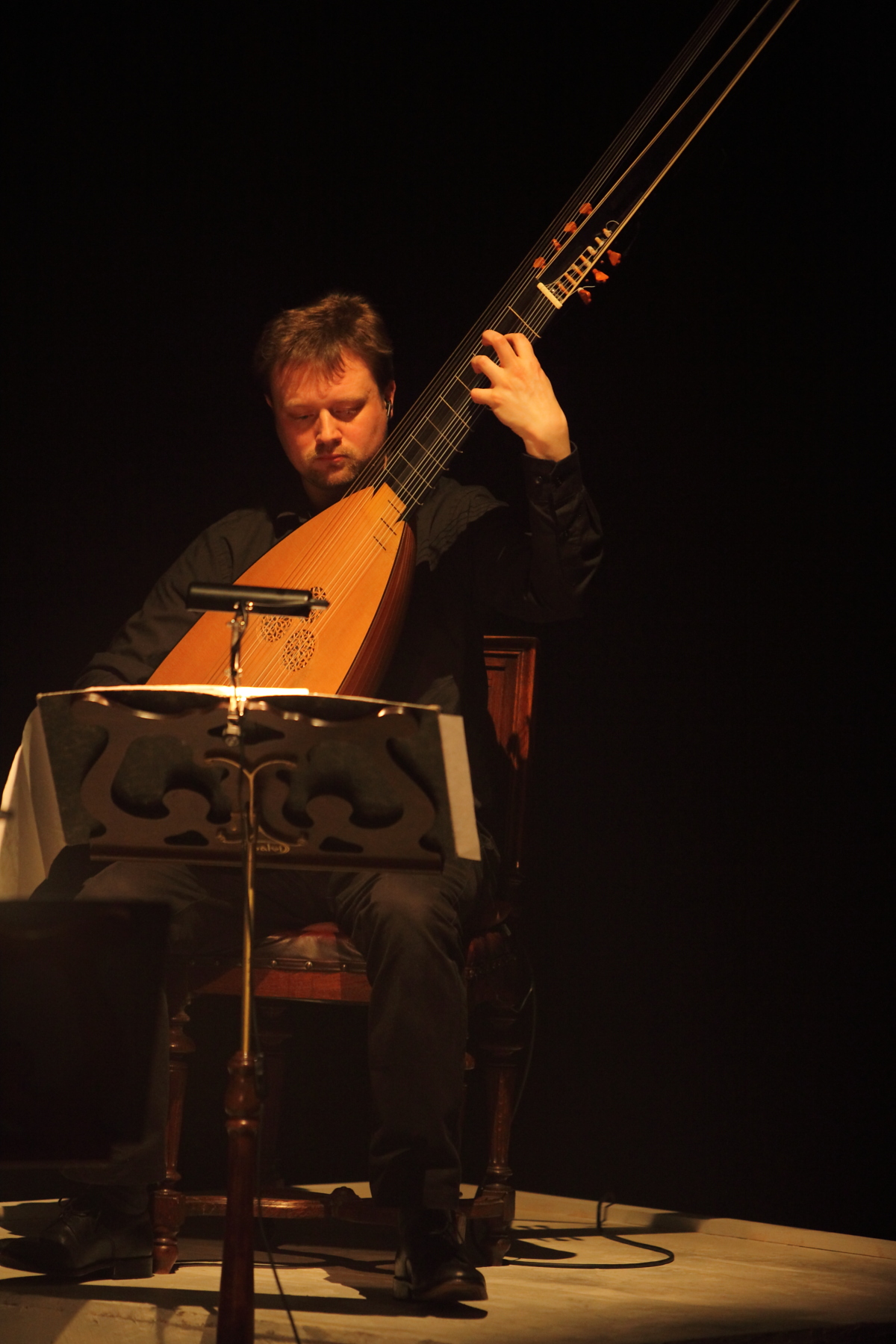 Jamie was born in Scotland and began playing guitar at the age of 10. Initially playing rock and blues then attempting to play jazz and finally settling on classical guitar, he was largely self-taught before having lessons with Robert Mackillop at Napier University, Edinburgh. Whilst at Napier he turned his attentions to playing the lute and pursued this, at the Royal College of Music, studying with Jakob Lindberg. Adding theorbo to his expanding instrument collection, Jamie continued his studies at Trinity College of Music with Jacob Heringman and David Miller with additional lessons and advice from Paul O’Dette and Elizabeth Kenny. Having settled on the period instrument path Jamie continued accumulating instruments and exploring the music of the 16th to 19th centuries, with occasional forays into contemporary music.

Following a Junior Fellowship at Trinity College of Music Jamie began pursuing a varied professional career. As a soloist he has performed mostly in the UK and Scandinavia giving recitals for The Yorke Music Trust, Ullapool Guitar Festival, Classical Guitar Retreat, Exeter Guitar Festival and the Copenhagen Renaissance Music Festival.

Jamie has accompanied leading singers including Dame Emma Kirkby, James Bowman, Michael Chance, Miriam Allan, and Sam Bowden and performed with many early music ensembles such as I Fagiolini, Ex Cathedra, Fretwork, The Parley of Instruments, The Hanover Band, Sounds Baroque and the Dunedin Consort.

Jamie has performed on numerous recordings; a few film soundtracks; several theatrical stages, including Shakespeare’s Globe Theatre and the Barbican, and broadcast for the BBC, France Musique and RTE Lyric, Ireland.

Although mostly concentrating on performing and teaching, Jamie has occasionally indulged in research, exploring the domestic music making of Samuel Pepys and his ‘musical secretary’ Cesare Morelli, the polyphony of Scottish Renaissance composer David Peebles and, most recently, how Scottish melodies were used by European guitarist composers at the beginning of the 19th century.

Jamie is a lecturer in early plucked strings at the Royal Conservatoire of Scotland.