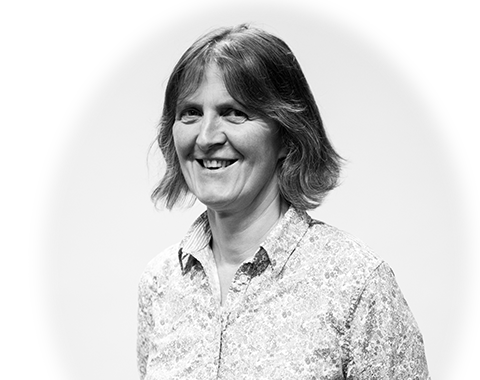 I have had two lives as a composer.  The first was nurtured at Manchester University where I obtained a MusB Hons in 1982.  I worked as a freelance performer/composer in the 1980s and the early 1990s, had work performed by the SPNM and won prizes at the YAA Young Composers' Competition at the Huddersfield Festival.   "The Endless Knot", commissioned by viola player Susan Bicknell, was premiered in 1994. Then for nearly 20 years circumstances in my life made composing impossible, but I returned to music in 2009 and obtained an MMus in Composition at Edinburgh University with Nigel Osborne in 2012. I am now undertaking a PhD in Composition and Dissertation at The Royal Conservatoire of Scotland supervised by Gordon McPherson.  Recent performances include “An Archaeology of Feeling” performed by Red Note Ensemble in Edinburgh in 2013, “What The Living Do” performed by Sinae Lee at the Conservatoire in May 2015 and "The Poetess", a music theatre show, performed by students of the Conservatoire in May 2016.

My research brings together autoethnographic writing on the subject of women composers in the twentieth century and a portfolio of compositions which reflect parts of my life story through music and original prose and poetry.