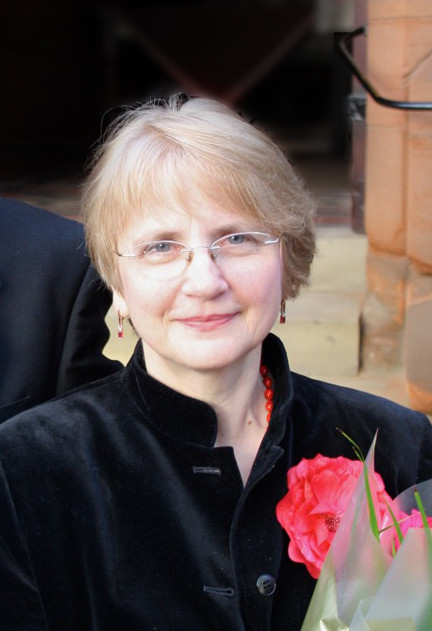 Dr Svetlana Zvereva is a musicologist, editor, choral conductor, lecturer and language coach.  She is well known internationally as a specialist in Russian music, both through her publications and through many years of participating in international conferences, seminars, and lectures, also as an organiser of music festivals, conferences and exhibitions. She has participated over the years in a number of Russian and international projects related to the editing, popularising, and performing of Russian music, as well as to the strengthening of the Russian cultural heritage.

Svetlana has contributed widely to such academic projects as The History of Russian Music in 10 volumes (1983–2011) and The History of Russian Art (22 volumes, 2007–; project ongoing). She is also the initiator, as well as one of the writers and editors, of the multi-volume series Russian Sacred Music in Documents and Materials published in Moscow from 1998. Moreover, she is the author of the monograph Alexander Kastalsky: His Life and Music» (Aldershot, Ashgate Publishing, 2003). She contributed as scientific editor to the compendium The Russian Abroad: Music and Orthodoxy (Moscow, 2013). She is author of some 150 academic articles and has contributed to the Orthodox Encyclopaedia, Die neue Musik in Geschichte und Gegenwart and The New Grove Dictionary.

She graduated from the Faculty of Theory and Composition of the Leningrad Conservatoire, being awarded a diploma with distinction, and completed her postgraduate dissertation at the State Institute for Art Studies in Moscow, where she has worked since 1987. In 1997 she was promoted to Senior Research Fellow. Under the supervision of Professor Yuri Keldysh, she defended her doctoral thesis in 1988 on the topic of Russian Choirs and Composers from the end of the 15th to the middle of the 17th centuries.

From 2009 to 2020 Svetlana directed the Russkaya Cappella choir in Glasgow and has been a member of the teaching staff at the Royal Conservatoire of Scotland since 2010.

‘Music, Culture and the Church in the German-occupied USSR: the Smolensk Area and Other Provinces’in The Routledge Handbook to Music under German Occupation, 1938-1945: Propaganda, Myth and Reality, edited by D. Fanning and E. Levi (Abingdon: Routledge. 2020), p. 170-190.

‘The Fiery Angel by Sergei Prokofiev has flown into Glasgow for the first time’, in Russian Art and Culture, 04.01.2018.

‘Staging the Fiery Angel in Glasgow. An Interview with Philip White, Head of Opera at the Royal Conservatoire of Scotland’, in Russian Art and Culture, 10.01.2018.

‘Russian Sacred Music beyond the Frontiers of the USSR between the 1920s and the 1940s: Affirming Traditions, Seeking New Forms’ in Transcending the Borders of Countries, Languages, and Disciplines in Russian Émigré Culture,  edited by Ch. Flamm, R. Marti & A. Raev, (Newcastle upon Tyne: Cambridge Scholars Publishing, 2018) p. 247–271.